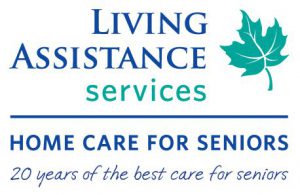 Is a Younger Life Worth More Than an
Older Life? - Part One

California Gov. Gavin Newsom has been widely criticized after his administration advised hospitals to prioritize younger people with greater life expectancy for care during the coronavirus outbreak.

Jennifer, a Nurse I know in a south Florida hospital, desperately pleaded with me on the telephone recently saying that she wanted to be somehow transported to Canada because she was totally emotionally spent– at a dead end at her hospital in Florida! Her Intensive Care Unit was at full capacity with so many Covid 19 patients and there were no more ventilators to keep any more patients alive. She and her team now faced the most difficult decision ever; who, amongst the new serious Covid patients, would be allocated a ventilator and the chance to live longer–and how could the team ever decide this?

And, how would you make this decision? Is a Younger Life Worth More Than an Older Life?

California Gov. Gavin Newsom has been widely criticized after his administration advised hospitals to prioritize younger people with greater life expectancy for care during the coronavirus outbreak. When doctors are forced to make gut-wrenching decisions around who will receive scarce medical resources such as ventilators, “two factors are typically considered: the likelihood that a person’s life will be saved and the estimated years of life left,” said David Magnus, Director of the Stanford Center for Biomedical Ethics: “If you’ve got strong evidence that someone will die in a year, that’s a pretty good reason for saying that person should be a lower priority for scarce ventilators,” Magnus said.(1)

On the other hand, the concept of older people being valued more than younger people predates the Coronavirus. In early societies, especially agrarian ones, the elderly were respected and revered, wherein the power was held by a society’s oldest members. In some countries today, the elderly still have influence and power and their vast knowledge is respected.

In many modern nations, however, industrialization contributed to the diminished social standing of the elderly. Today wealth, power, and prestige are held by those in younger age brackets. The average age of corporate executives was 59 in 1980. In 2008, the average age had lowered to 54.(2) Rapid advancements in technology and media have required new skill sets that older members of the workforce are less likely to have. As economies shifted from agrarian to industrial, younger generations moved to cities to work in factories. The elderly began to be seen as an expensive burden. They did not have the strength and stamina to work outside the home.

And, thus was born Ageism, which is the discrimination (when someone acts on a prejudice) based on age. Ageism is based on stereotypes which, as California Gov. Gavin Newsom suggests, reduces elderly people to inferior or limited positions.

So, is age the simple answer–too simple, perhaps–for the decision to be made by Nurse Jennifer, my friend on the phone, and her team? Would you agree then that, yes, based upon age, a Younger Life is Worth More Than an Older Life?

Or, would you agree with Dan Patrick, Lieutenant Governor of Texas, who, in March, 2020, declared that, like his Grandparents, American seniors would be willing to gamble their lives away to save the economy for their grandchildren?(3)

Stay tuned next month for my next article in SNAPD, which, I hope, will lead Nurse Jennifer and all of us to a much more informed answer to: Is a Younger Life Worth More Than an Older Life?